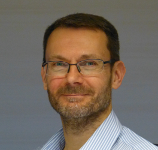 I was involved pretty much from the start of the sales process with St Austell Brewery, involved in both presentations and Q&A sessions as part of their software solution selection process.

As soon as St Austell Brewery chose the Chorus solution I was assigned to manage both the implementation of the solution and the development of additional software changes identified during the gap analysis phase of the sales process.

I was chosen not only for my product knowledge and business understanding that had been gained during the tender process, but also for the relationship I had developed with the senior management team, and their project team.

The project took 19 months to come to fruition and my involvement was always direct to ensure the agreed schedule could be met and the scope of the project was regularly reviewed, understood and managed. The Chorus solution has now been in full operation for over 10 years and has involved many additional developments that has seen St Austell Brewery run 90% of their entire operation on this solution platform.